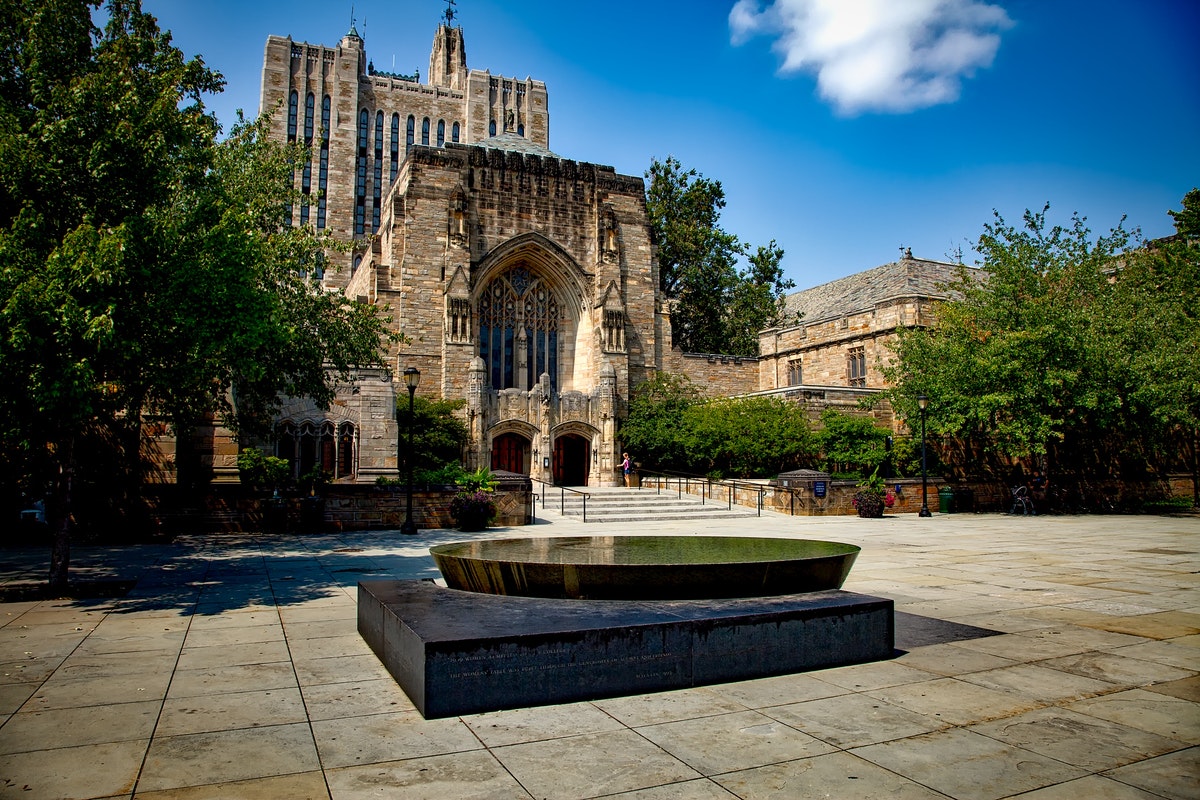 Ivy League schools are generally considered the most distinguished higher education colleges across the United States and worldwide. They are well-known for their highly selective application procedures, academic excellence, and promising job prospects for students. Additionally, the popularity of their names and their social status. This article will discuss our list of Ivy League schools extensively.

Check out our article to find the complete list of Ivy schools and vital information about these schools.

What is an Ivy League School?

The term “Ivy League” refers to famous, highly selective universities. This is why many people misunderstand other renowned private colleges, including MIT and Stanford, in the context of Ivy League institutions.

Engineering, social sciences and information sciences, biology sciences, public administration, and social service occupations are among the most sought-after disciplines at Princeton University.

The 4-to-1 student-faculty ratio enables pupils to take advantage of smaller classes and individual counseling.

Additionally, the school boasts one of the top four-year graduation rates in the United States. Princeton has trained past U.S. presidents, Supreme Court justices, Olympic medalists, and Nobel Prize winners.

Columbia University, located on Manhattan’s Upper West Side, is the oldest university in the state of higher education. Columbia houses a variety of historical technologies and platforms like one of the initial Black Student Advocacy Group on a multiracial college and the very first collegiate gay rights group.

Columbia College, the Fu Foundation School of Engineering and Applied Science, and the School of General Studies are the three undergraduate schools of the university.

The law and business schools, Teachers College, and Vagelos College of Physicians and Surgeons are highly-respected professional and graduate institutions.

Columbia is one of the most diverse student bodies in the United States and was the first institution to admit more than 1,000 international students in 1953.

The school focuses on global topics in its teaching and research to promote intercultural academic connections. Columbia has nine international centers that provide international research and scholarship, teaching, and service opportunities.

Students can access 22 libraries, over 200 research centers, research institutes, and labs, thousands of internships are offered through the Center for Career Education and the Lamont-Doherty Earth Observatory.

Harvard University, founded in 1636, is considered to be the first institution of higher education in the United States and one of the most selective in the Ivy League.

Harvard is an independent research institution with more than 100 research centers on its campus. Harvard University has 13 schools and institutes, including the highest-ranked medical institution within the United States, top-ranked business engineering, graduate education, engineering and law faculties, and The John F. Kennedy School of Government.

Additionally, the school has one of the highest retention rates of first-year students across the nation. Along with academics, students can also join more than 445 extracurricular, athletic, and co-curricular clubs.

The library of Harvard is vast and includes the most extensive national collection and the largest private collection. Harvard is committed to sustainability and offers students, graduates, and community members green living programs.

Yale University is well-known for its music and drama programs housed in the highly-regarded Yale School of Drama. Alongside Yale College and the Yale Graduate School of Arts and Sciences, The university houses 12 professional schools, including the highest-ranked university of law in the United States and highly ranked management, medicine, and nursing faculties.

Undergraduate students from the research institution have made notable advances in several fields, such as discovering novel species and granting patents for items.

Students have access to opportunities to learn globally, such as taking classes abroad, abroad internships, and directed research. Social sciences, biomedical and biological sciences, historical studies, math, statistics, and engineering are the most well-known fields at Yale.

The University of Pennsylvania, founded partly by Benjamin Franklin, offers a blend of world-class liberal art training and preprofessional education.

Penn has the highest number of overseas students than any other Ivy League institution: 12 percent of undergraduate and graduate students are foreign and come from more than 100 nations. Additionally, every year, more than 500 students take part in international studies offered across more than fifty countries around the globe.

Wharton School, the School of Engineering and Applied Science, the Perelman School of Medicine, and the law and education schools are among the top of Penn’s respected graduate schools.

Stuart Weitzman’s School of Design and the School of Dental Medicine are two of the other notable Penn graduate schools.

Dartmouth College is well known for its programming expertise. The school’s expertise in computer programming helped pave the way for the next generation of computing breakthroughs.

Tuck School of Business is the first university to offer a master’s school for management, Thayer School of Engineering, and Geisel School of Medicine, all of which are part of the university’s graduate program.

More than fifty research-oriented institutes such as institutes, groups, and institutions are located on campus, with research interests spanning the arts and medicine spectrum to business and engineering.

Dartmouth lets students learn in a small, intimate environment with a 7-to-1 ratio between faculty and students and over 60 percent of the classes with no more than twenty students.

Most of its students are enrolled in off-campus programs to get a comprehensive international, hands-on, and global education that does not interfere with their academic goals.

Brown University, a private research institution, has an open-course curriculum to enable students to design their study plans and become imaginative thinkers and intellectual risk-takers.

This academic program that is open to students offers a rigorous study with more than 80 specializations, including cognitive neuroscience and business, entrepreneurship, and even organizations. The extremely competition-driven liberal education course lets students obtain both undergraduate and medical degrees in a single, eight-year term.

Brown University Library houses over 250 distinct collections, Each of them contains unique primary research resources. Students can select from more than 500 clubs and organizations, and all students in their first year reside on campus.

Cornell University, the most recent Ivy League school, was established in 1865 to acquire ways to preserve, disseminate, and distribute knowledge, create innovative work, and encourage an open-minded culture within and outside the Cornell community.

Although each graduate earns a degree from Cornell University, each of Cornell’s seven colleges and universities for undergraduates accepts students from its institution and has its faculty.

College of Arts and Sciences and the College of Agriculture and Life Sciences are Cornell’s two most critical undergraduate colleges.

The highly-respected Cornell SC Johnson College of Business, Weill Cornell Medical College, College of Engineering, and Law School are among the graduate colleges.

It is challenging to evaluate Ivy League colleges because they are all top-quality colleges. There is no consensus on which Ivy League school is the most prestigious. Each ranking chart appears to classify Ivies differently. Ivies with a distinct way.

U.S. News, Forbes, and Niche have tried to rank these Ivy League schools. It is expected that every list is different from the next; hence. However, there is no consensus regarding how to place Ivy League institutions. There is general agreement that each Ivy League school is among the top in the nation.

In its methodology for ranking, U.S. News places the most significant emphasis on colleges’ academic and intellectual reputations. In its rankings, U.S. News ranked Princeton University as #1

The Forbes ranking puts the highest weight on student outcomes, taking into account alumni earnings and the amount of student debt they have after they leave. This is why Forbes places Yale University as #1 on the list of Ivy League schools.

In addition, the Niche ranking places the highest importance on the living conditions, like the quality of the campus’s housing, technological facilities, athletics, and diversity. Niche ranks Harvard as number one among Ivy League colleges based on these standards.

Where Is Harvard Located?

Where Is Yale Located?

Yale University is located in New Haven, Connecticut, and is famous for its exceptional music and drama programs.

Where Is Princeton Located?

Where Is Dartmouth college Located?

Dartmouth College, located in Hanover, New Hampshire, offers students a wide range of activities. Dartmouth is part of the Ivy League and one of the most prestigious universities in the world.

Is Duke An Ivy League School?

How Many Ivy League Schools Are There?

Since Ivy League acceptance rates are meager, you will require dedication and foresight to be accepted.

Note that academic qualifications may not be enough to gain admission admitted to Ivy League schools in certain situations.

If gaining admission to some Ivy League colleges is an important goal or goal you have for yourself, it is essential to get started on your journey to that goal several years ahead of time.

We hope that this article is in-depth with its listing of Ivy league schools.